A lot has changed in the last five months. I have made new friends, made music with a lot of different people, discovered new musical interests, and have become much more motivated. Perhaps the only thing that hasn’t changed is that I am just as vulnerable as I was when I left the airport in August; I was terrified. I had no idea what my semester abroad would entail, and I knew no one. What I discovered during my studies at The University of British Columbia, with the help of my conducting professor, is that it’s okay to be vulnerable. In fact, it’s better than okay – it is essential to music making.

Music is a universal language used by humanity to connect with one another and our identities. What I learned by taking my conducting fundamentals class is that in order for a conductor to communicate effectively with an orchestra, they must be vulnerable to emotions and ideas to create a genuine musical expression. Upon this new discovery for me, I realised that I could apply this concept to my trombone playing, and even the way I relate to people. Until that moment, I couldn’t understand why music was so important to me. When people ask why I have pursued music this far, I now tell them that it allows me to be a part of a dialogue whilst putting myself completely on the line, which is a remarkable feeling.

During my semester in Canada I realised that it was this feeling that I had been missing – not only in my music making, but also in life in general – and I began to chase it. I’ll never forget the rush of learning to ski at Whistler Mountain, canoeing on the beautiful green and blue lakes in Alberta, the beautiful trails I hiked, performing for and working with a brand new set of colleagues, and removing myself from my comfort zone and meeting many people. I took calculated risks and put myself out there, making my exchange experience something incredible.

I feel like I stumbled into this semester abroad by accident. There was no profound reason why I chose to go to UBC to study. All I knew is that I wanted to study in North America and it seemed like UBC was the best option out of what was presented to me. Perhaps foolishly, I didn’t do a lot of research into who I would be studying with. But this was definitely a happy accident – the professors I had were some of the most inspiring and encouraging teachers I have had. I also had no idea that the School of Music had a thriving low brass community, full of fantastic individuals whose enthusiasm for music was contagious. It is sad to leave such a wonderful group of musicians, but it is great to have musical connections across the globe and I have no doubt that I will be back in Canada soon.

A lot can change in five months. I left home wanting to “live deliberately” (as Henry Thoreau put it), and I did. Although this is just one anecdote of someone’s time abroad, I hope it encourages any music student who was hesitant to go on exchange to seize the opportunity. I will admit, it is not easy to take step out of one’s bubble – but as a musician it is a good thing to take risks and be vulnerable. 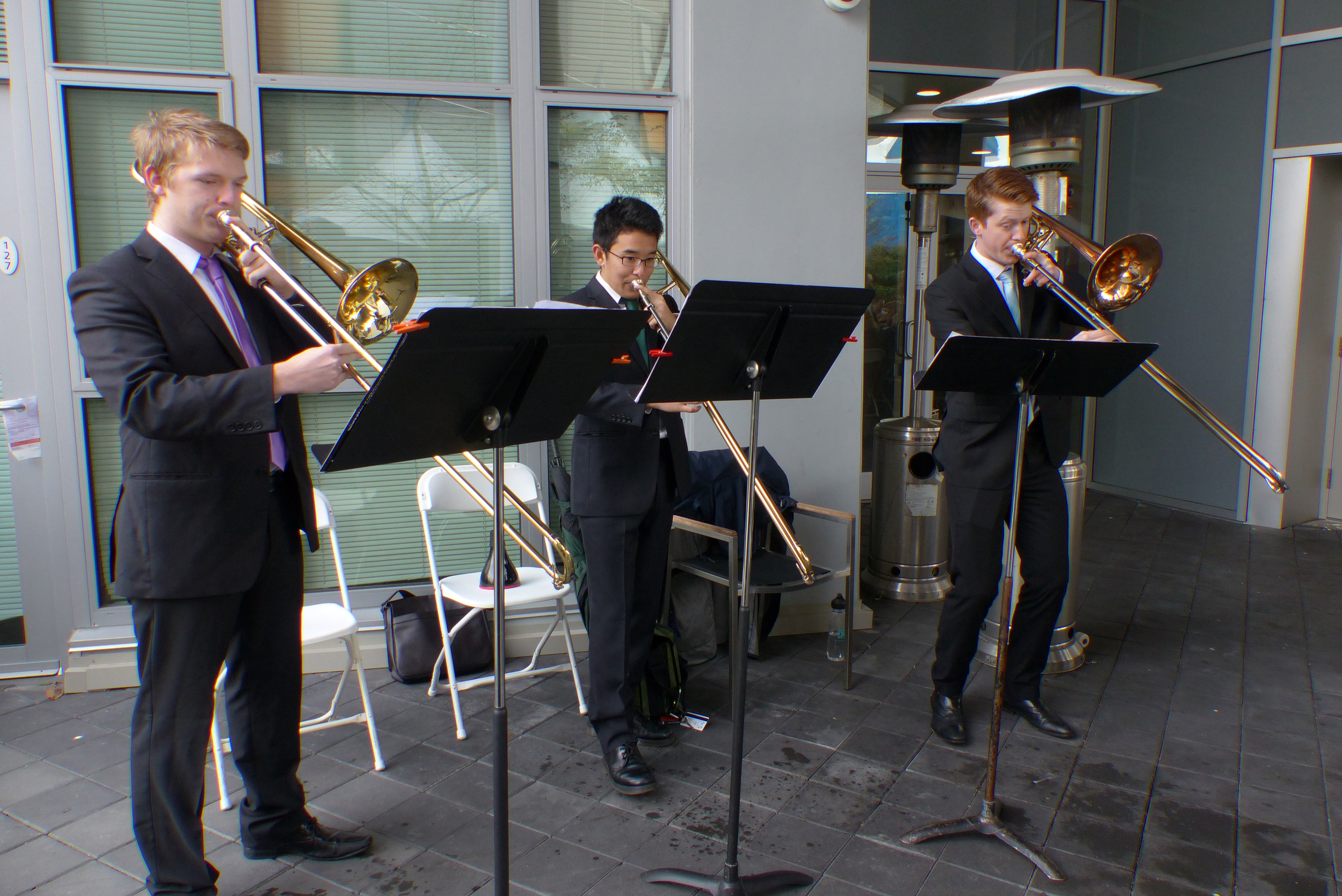