At the risk of sounding overly spiritual, I came to Japan primarily with the intent of embarking on a musical journey – admittedly with not much direction besides that. If you have an obsession, you often don’t spend too much time thinking about why you have it and what you’re going to do with it – it’s there and it keeps you occupied; it gives you something to look forward to. I ended up with an obsession for Japanese music of all shapes and styles, so I was naturally drawn to the desire for more knowledge about it, of being closer to its origin. This kind of abstract justification, however, isn't quite a concise enough answer for the hordes upon hordes of Japanese people I meet here in Tokyo whose first question is inevitably, “Why are you studying music in Japan, of all places?” – tinged with a kind of endearing incredulity, and a smattering of gratification. “Don’t people who study music usually go to Vienna, or America?”

After a few years studying Japanese as a second language, it came to occupy the same sort of position in my life as music had. Perhaps because I often found myself practising the language like I would practice music: drilling vocabulary and grammar patterns every day like technical work, listening to Japanese radio and watching Japanese movies while imitating things like intonation, accent and speech patterns – its sound began to seem like music. When I spoke Japanese it often didn't feel like I was talking in another language, it was more akin to making music; I was essentially making and replicating sounds I had learnt from things that I had heard and memorized, and rearranging them so that I could express what I wanted to express.

When I began to delve into the world of traditional Japanese music, I felt like those two spheres of my existence began to overlap – the role that the language played in the history of the country’s music, and conversely how music helped refine the characteristics of the language and its mode of expression, were very interesting concepts to me as a musician and composer. To satisfy these parts of my burgeoning curiosity, I began looking into funding and other ways to study Japan’s music in the country of its origin.

The Monbukagakusho (Ministry of Education, Culture, Sports, Science and Technology) scholarship, commonly referred to as the MEXT Scholarship, offers a minimum of two years financial support for anyone wishing to undertake research in a Japanese university. Airfares for a return flight as well as tuition fees are waived, and they also offer a monthly stipend of ¥144,000 (equal to about $1750AUS) and an optional six-month language training program. It’s an ideal way to fund study and research in Japan, but as it’s a scholarship funded by the Japanese government and awarded to thousands of people around the world each year, the application process is a rigorous and stressful one. I applied in 2014, and throughout the year I was put through three initial screening stages: a written test in both English and Japanese, an interview with representatives of MEXT from both Japan and Australia, and finally an application for a ‘certificate of provisional acceptance’ into the universities I had designated. Upon passing the first two stages, you are advised to nominate three universities that can accommodate your research theme, and if possible, contact the professors that could act as supervisors for your research. This proved to be the most awkward and time-consuming part of the scholarship application process; the application form itself is tens of pages long, and it is a requirement to send three original copies to the three designated universities, with a plethora of other official documentation such as academic transcripts, referrals from past professors and employers, and passport-like photos of yourself with very strict geometrical guidelines. As most of the application can’t be made digitally, I spent a long time waiting for the packages to get passed around between countries and approved (there ended up being some sections I hadn't filled out properly). Paired with frantic calls to the Japanese embassy in Canberra where a member of the Education department reassuringly guided me through the maze-like process, it ended up being quite a while before I obtained the necessary documentation required to complete the application successfully – but it happened, and I was flown to Japan in April 2015.

My university of choice was the Tokyo University of the Arts, which boasted an enormous reputation as the most prestigious arts university in the country. They had a rather lively traditional music department into which I was enrolled as a ‘non-degree research student’, under the supervision of a shamisen performer from the tokiwazu school. Hoping to earn my Masters degree while on the scholarship, I endeavoured to find out how to enter the department as a full time student, only to learn that I had to undergo another series of exams, including an audition on a traditional Japanese instrument, which was naturally an impossibility for me. I became a sort of strange anomaly within the department – a jazz piano player from Australia who, for some reason, wanted to study traditional music, but was a complete beginner.

The time I spent with my supervisor, however, a distinguished kabuki (traditional Japanese theatre) musician and bearer of an Intangible Cultural Asset, was an experience I’ll not soon forget. A kind and open-minded man with a flair for cheeky humour, he was keen to bridge the gap between the ever-ageing styles of traditional Japanese music and modern music, and even went as far as to organize and feature me in free-improvisation sessions with other students from the department. His wealth of knowledge inspired and fed my creativity, and he pushed me to keep pursuing my interests, never directly asking me “Why Japan?” like so many other people had.

After another rigorous battle with mountains of forms and paperwork, and then an exam and interview in Japanese, I was lucky enough to be offered a place in the Musical Creativity and the Environment department at TUA, and am due to start my Masters course in earnest from this April. There I can continue to unearth the hidden secrets of the bizarre music that Japan has been producing since the eighth century, and continue to follow this strange path my interests have been leading me down. Thanks to my experiences at TUA thus far, I am being exposed to music that can really only be heard in its purest form in Japan; and so my instinctual reaction to the “Why Japan?” question has often been, why not Japan, a country with such a vast and florid history of music? Spending the majority of your life pursuing your passion might result in a few inquisitive glances, but after all, the path less travelled is often the most interesting one. 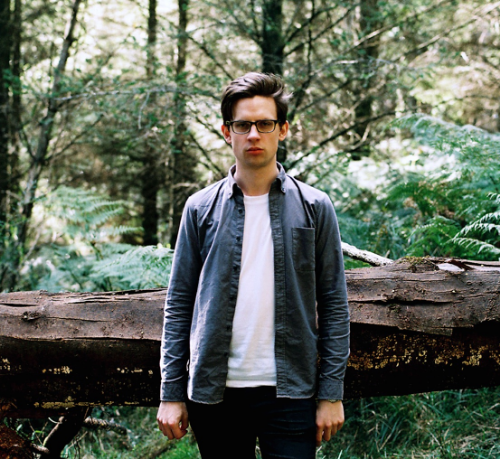