From the Organ Loft: The Organs of France

A look into the organs of France

From the Organ Loft: The Organs of France

A look into the organs of France

France. Lots of people love it for many reasons, but for me, there are three: it has great food, a beautiful language, and an enviable organ music culture!

France has produced an amazing number of well-known composers since the Middle Ages, but great compositions for the organ did not originate from France until the Romantic period. The main reason for this is that, like England, organ building in France languished far behind its German and Dutch contemporaries. Without the right tools to play around with, composers naturally could not do much.

That all changed when the great organ builder Aristide Cavaillé-Coll began building new organs in his inimitable style. He constructed what became known as symphonic organs – instruments capable of evoking a plethora of tonal colours, much like a complete symphony orchestra. Two of the greatest composers of the Cavaillé-Coll period, César Franck and Charles-Marie Widor, both remarked on the whole new world of musical possibilities that his organs brought forth – and indeed, much of my experiences in France share the common link of Maître Aristide Cavaillé-Coll.

Widor on composing for Cavaillé-Coll’s symphonic organs: “For this new instrument we must have a new language.”

The pipe organ has a reputation for being stuck in the past – and perhaps this is a fair assessment, as there are many within the organ community who see new modes of expression or innovation as an unnecessary diversion from what has been normalised as acceptable practice. However, I strongly believe that just as we organists remain rooted in the grand tradition that we inherit, we should also be very aware of the world we inhabit today and learn how to adapt our art for the modern world, both musically and socially.

I thought it would be useful to split this article into three distinct sections – as I certainly had a glimpse into the past, present and future of the organ in France in the short time that I was there.

The first organ that I visited in France was in the Basilica of St. Denis. The basilica is extraordinarily historic for two reasons: almost every French monarch in history has been buried in the crypt of the church, and the organ of the church is the first that Aristide Cavaillé-Coll ever built. Pierre Pincemaille, the organiste titulaire (or primary organist) is one of the great guardians of the French organ tradition. He improvised with ease at the mass I attended on a Sunday morning, though the same cannot be said of my attempts at singing the hymns of the day in French…

To shift from the alpha to the omega, I also had a chance to visit and play one of Cavaillé-Coll’s last great projects, the grand organ at the Abbey of St. Ouen, Rouen, in Upper Normandy. Widor once described this incredible instrument as the “Michelangelo of organs,” and it is often the object of veneration for many organists around the world. This instrument’s connection with the past is astonishing – since it was completed in 1890, it has not been altered, and even the manuals are original. This means that I’ve played on the same keys and pedals as Widor, who inaugurated the organ on April 17th, 1890, as well as other esteemed organists who have played this great instrument, such as Louis Vierne, Albert & Marcel Dupré, Maurice Duruflé – the list goes on! 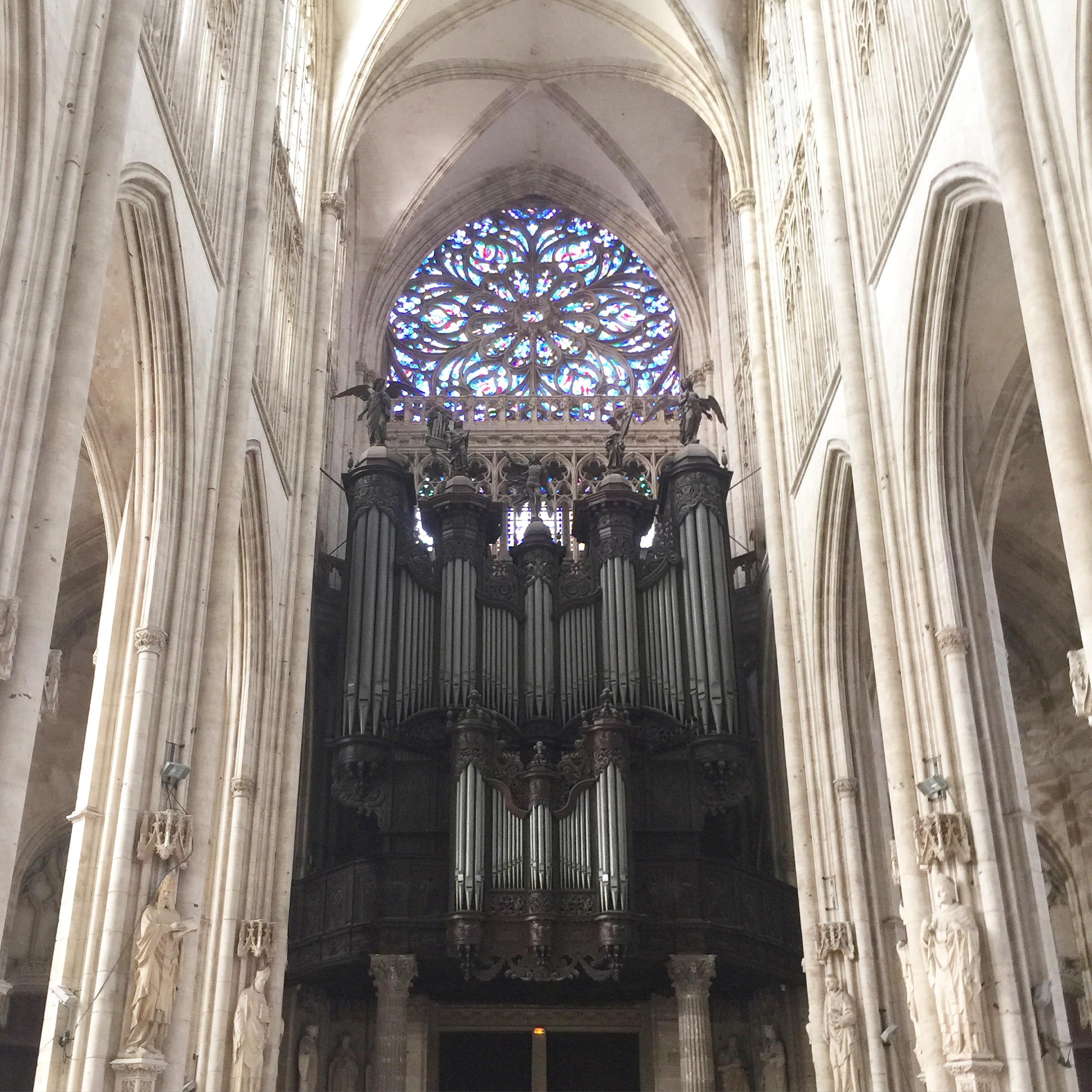 The grand organ and rose window of the Abbey of St Ouen, Rouen

Not many instrumentalists can say they have played the music of its composer in the same building, let alone on the same instrument which the composer him/herself played on. Indeed, this is one of the greatest privileges of being an organist.

Moving on to the present – perhaps one of the most recognisable organists today in France, as well as around the world, today is Olivier Latry, one of the three organiste titulaire at Notre Dame Cathedral in Paris. He is recognised worldwide as a supremely gifted concert and liturgical organist and improviser, so it was a great privilege when he allowed me up to the organ loft at Notre Dame with him during Vespers and evening Mass for Epiphany. 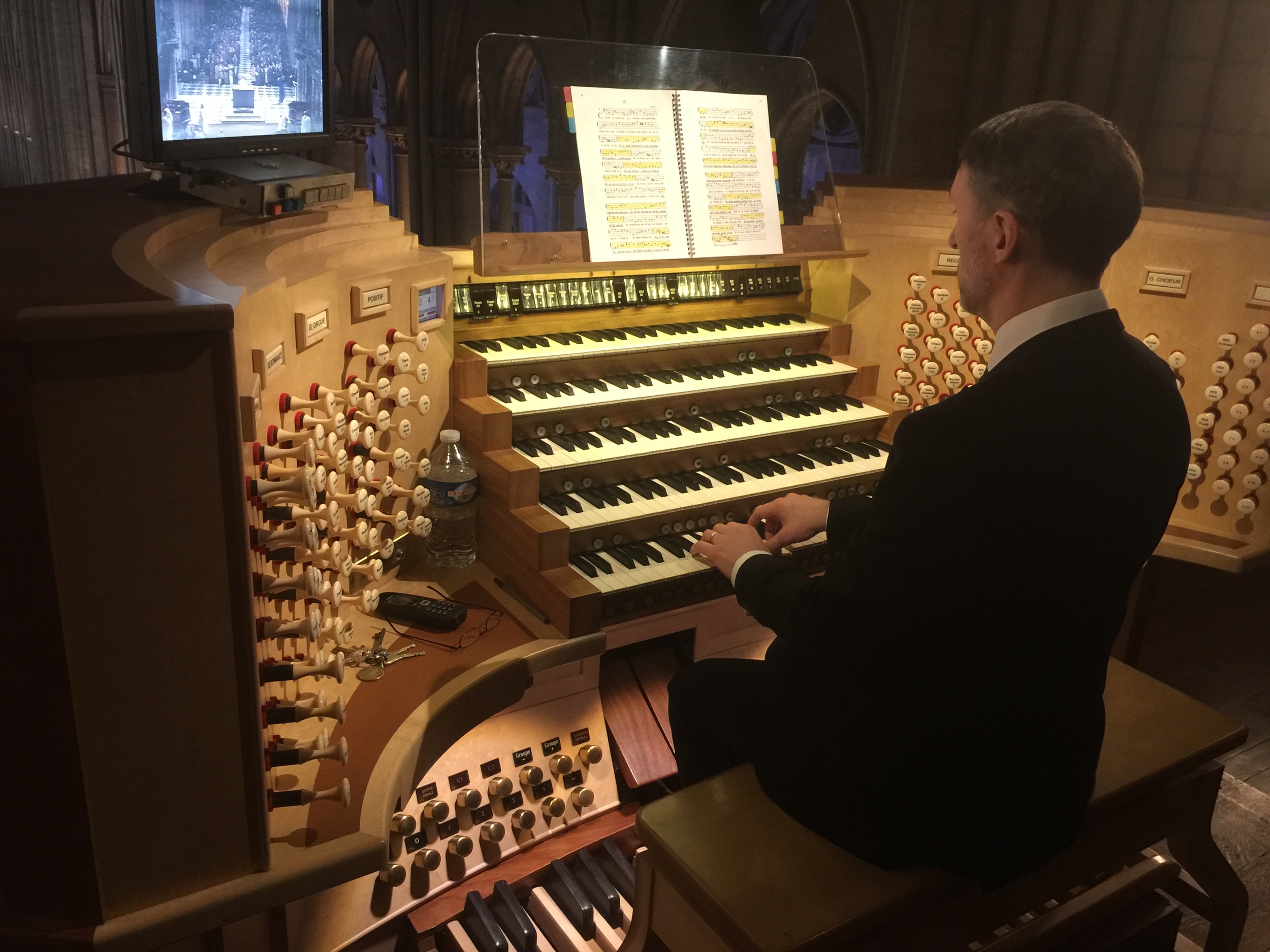 To watch Olivier Latry improvise was really quite similar to watching a magician perform – I was amazed and astounded, but I didn’t really know how it happened! The effortless creation of musical ideas and transition between styles (from French classical, through romantic, into modern) by Latry was incredible, and absolutely inspiring. 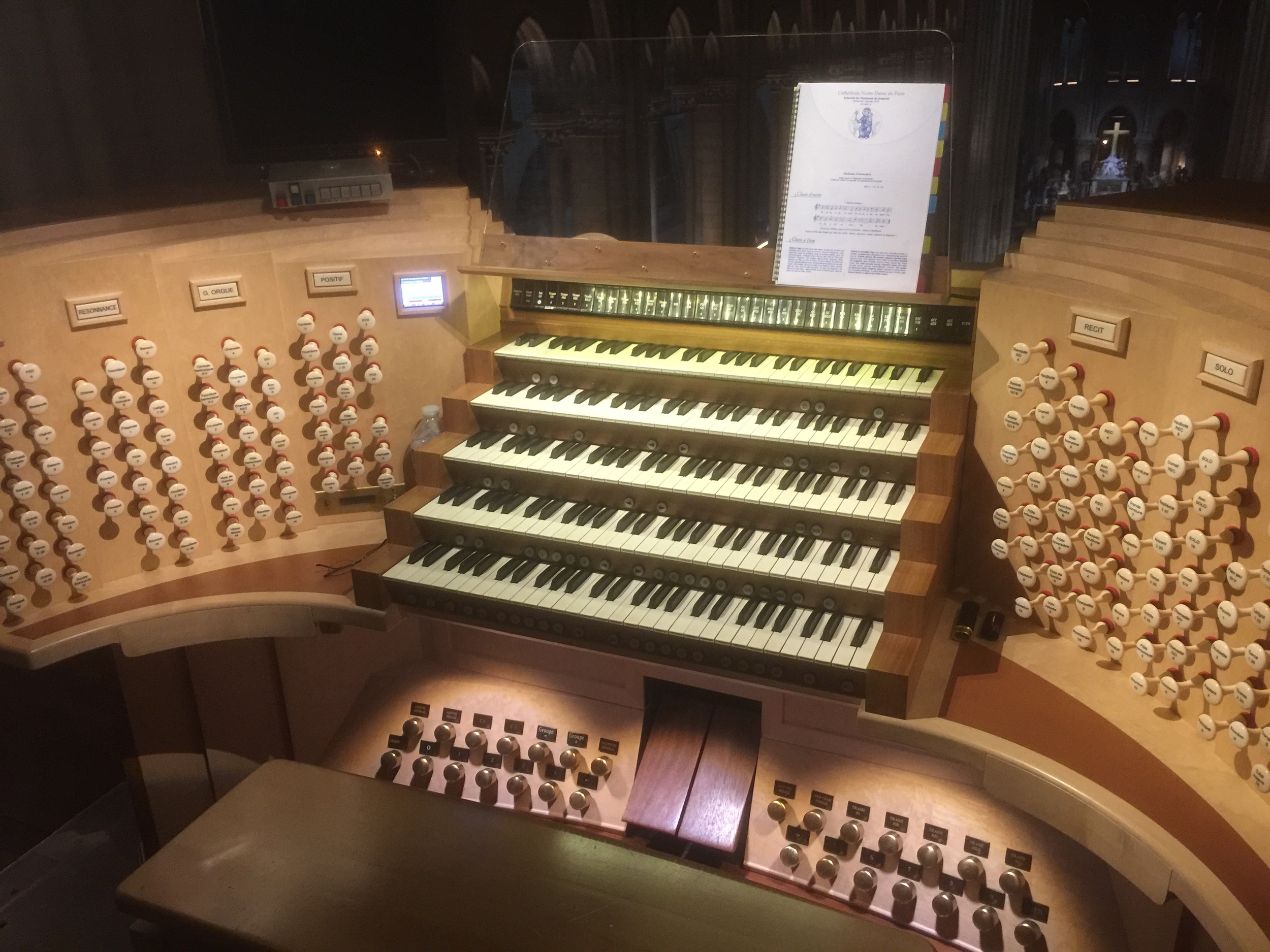 The console of Notre Dame Paris

Looking towards the future of the organ in France, I believe we are in good hands – especially with a younger generation of organists such as Thomas Ospital leading the way. Thomas is the co-titular organist at the central Parisian church of St Eustache, and I had the great pleasure of meeting him whilst I was in Paris. He demonstrated the organ, masterfully, to two of Olivier Latry’s students at the Conservatoire national supérieur de musique et de danse de Paris (CNSMDP) and myself. Again, the improvisational powers of a French organist were on full display as Thomas played with boundless energy, demonstrating the capabilities of the 8000-pipe grand organ. 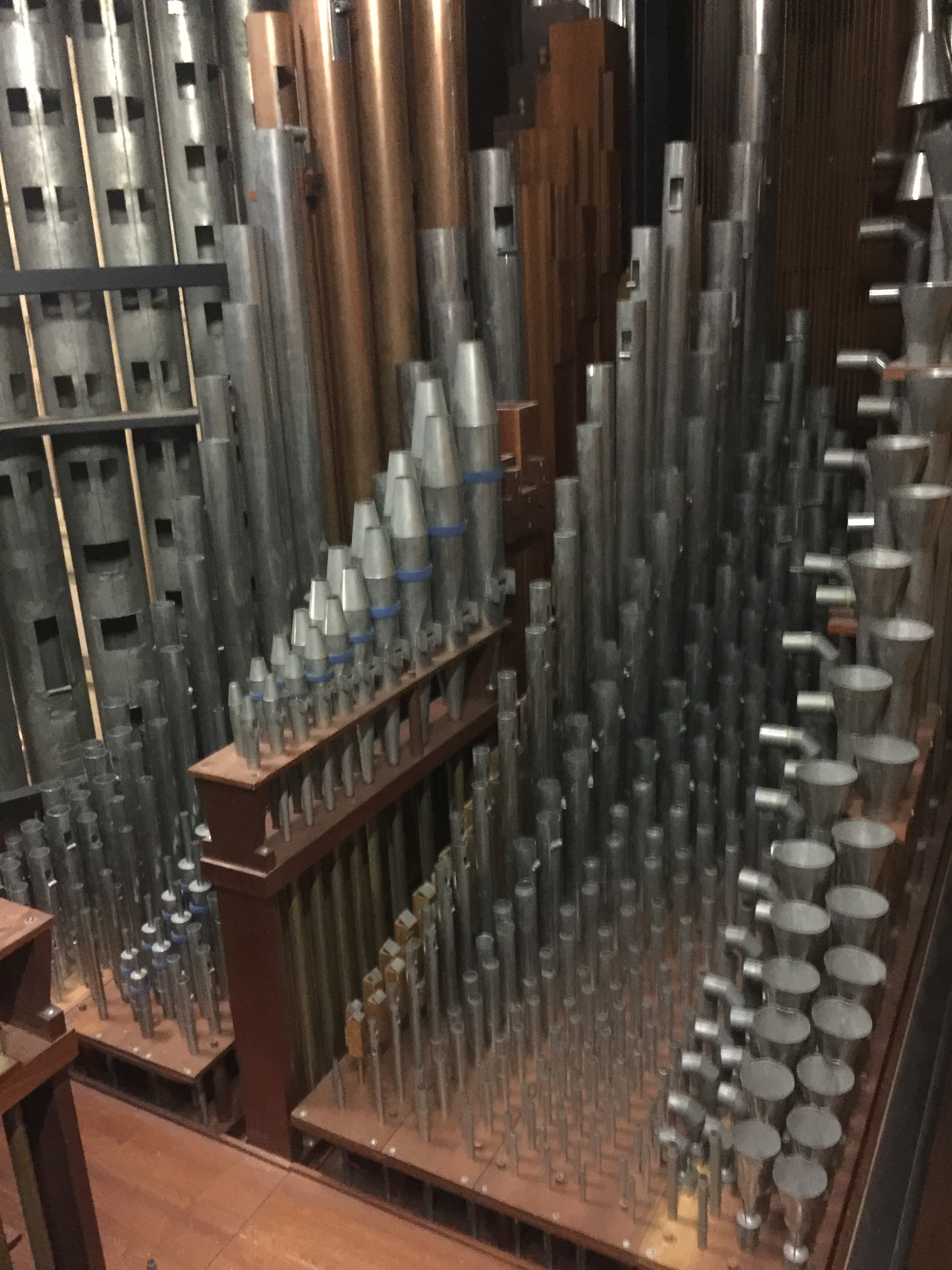 A part of the pipework inside the organ of St Eustache (some 40 foot up in the air!)

To wrap up this article, as well as my three-part series on the pipe organ in Europe, I’d like to once again extend my sincerest gratitude to all those who aided me in my journey, and those of you who have read my ramblings thus far. I strongly urge you all to attend an organ recital near you in the near future! It is a wonderful instrument capable of an incredible range of musical expression - indeed, an instrument carrying centuries of history, but supported by the passion and devotion of its torchbearers, and it never fails to capture my imagination.