Behind The Ring: Part One - Das Rheingold

Behind The Ring: Part One - Das Rheingold

It’s the email with the subject line that every jobbing director loves to see: “Enquiry for future season”. I’d met with Lyndon Terracini (Artistic Director of Opera Australia) while he was on one of his frequent trips to London and we’d talked in the bar of his hotel about the possibility of me returning to work in Australia after my time as Jette Parker Associate Director at the Royal Opera. It had been 5 years since I’d uprooted and moved to London, and I was keen to find a means to come back home for a time.

So, from that meeting in February 2015, here it was in October and I’d finally received an email from Joanne Goodman (then Senior Artist Manager) to ask me to hold dates. I was in the middle of stage rehearsals for my production of The Lighthouse at the Royal Opera, so there was a lot going on, but there’s a secret joy that never diminishes whenever an offer of work comes in (Public Service Announcement – spread happiness today by making me an offer of work!).

The offer is to assist Neil Armfield (original director) on the revival of his 2013 production of Der Ring des Nibelungen (better known as The Ring Cycle). My main responsibilities are to be the third and fourth operas in the cycle – Siegfried and Götterdämmerung (each in excess of 5 hours) – as well as working on parts of Die Walküre. I had worked on a Ring Cycle a few years previously, assisting Alan Privett in the Longborough Ring conducted by Anthony Negus, and had found it one of the most intense and amazing experiences in my career. 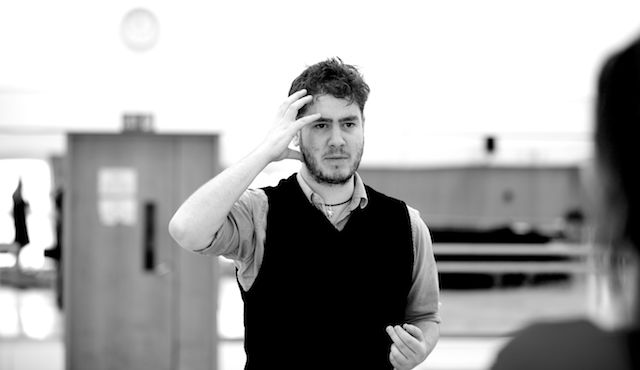 The Ring is the biggest undertaking in opera, and it requires a lot of rehearsal time to get through all the studio, stage-piano and stage-orchestra rehearsals and so the company was asking for me to be in Australia from the end of August 2016 until the end of November – all up 14 weeks.  The opportunity to return home for a decent amount of time and to work with the company I’d grown up watching are very strong pull factors, but it is a long time to give up being in amongst the theatres in London. As always with big projects, there is a bit of an existential crisis – would I be forgotten if I left my adopted home in the UK for 3 months? I’m just about to direct my fourth production at the ROH, is it the right career move to return home as an assistant or would I be better served to stay in Europe directing in my own right? Then again, how many opportunities would I have to return home, especially to work on one of the greatest projects in the operatic world? I asked my colleagues at the Royal Opera what they thought would be best. I asked my friends and family in the UK and Australia what they thought. I weighed up the financial consequences, the emotional arguments, the logistical implications.

My Christmas present from Opera Australia arrived in a nondescript brown box. It was delivered to the Staff Directors office at Covent Garden, where my desk is already overflowing with documents relating to Jonathan Kent’s Tosca which is being rehearsed over the Christmas break. Inside are all the things that make a director’s heart leap (apart from stationery – sticky tabs and highlighters make everything great). As is my usual practice I’ve asked for blank scores for each opera, copies of the archive recordings that are made of every production and the stage management and staff director notes from the 2013 productions.

Although the exact duties expected of directors in revivals varies from show to show, the broad principals are the same – it’s our job when we’re leading the room to recreate the spirit of the production as it was when first presented, using the original staging as a starting point. This requires an intimate knowledge not just of the opera itself but also the intricacies and details of the original show.

Directors’ scores are a little different from a singer’s vocal score. In addition to the vocal lines and text, our single-sided scores need to carry at a glance the detail of the movement, thought-progressions and technical information required to present a complete picture of the role. It’s not enough for us to merely say ‘and then you exit stage-left’; we have to know that the singer ‘exits stage-left, but has to be careful because of the scenery change being prepared in the wings, then has three minutes to swap over wig and costume and will then re-enter on the other side of the stage in a different emotional state as during their time off-stage their character has learned important new information’.

The rule of thumb for directors’ scores is that the information should be clear, legible, and able to be picked up by the next person who revives the show without needing any further explanation. To that end, I take great care with my scores. Characters’ vocal lines are highlighted to enable sections to be easily identified, literal translations are written above the text in the event that the next person isn’t fluent in the original language (and, let’s face it, Wagner’s poetry is written in language archaic enough to confuse even native speakers!). There is also technical information (lighting cues, revolve speeds and indications of when bits of scenery are flying in and out), as well as quotes from the original director to help in the interpretation of parts of the text. Finally, there are coloured tabs to indicate entries, exits, new scenes and important technical effects (watch out for the fire!).

It takes a lot of time to prepare scores fully – the last time I did a Ring Cycle it took over 100 hours to have everything written in and ready for rehearsals; I’ll be spending time working on my scores around other projects over the next 9 months to make sure everything is in place. 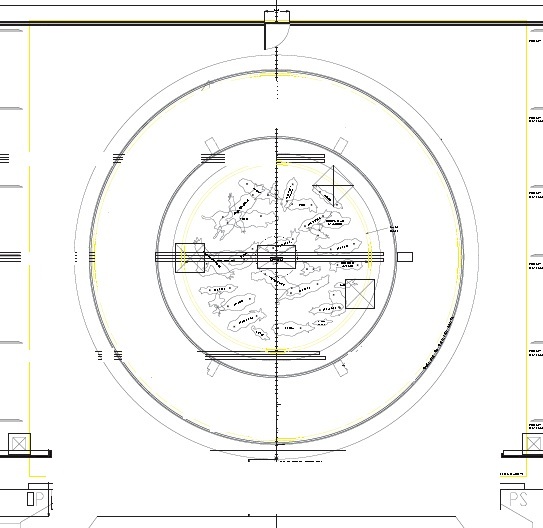 I’m just about to board a plane for Australia! It’s been a whirlwind couple of months leading up to this moment – I’ve just returned from Italy directing a new production of L’incoronazione di Poppea, having travelled there hours after the last performance of a new Il trovatore at the Royal Opera, which had occupied the last few weeks. I had enough time to come back to London and pack before (finally!) leaving the grey British skies for the promise of an Australian summer.

In between these other productions, I haven’t neglected my Ring Cycle preparation; I’ve been coaching with music staff at Covent Garden on each of the operas I’m working on in order to get under the musical skin of the piece. I’ve also been going through line-by-line, word-by-word with Dominik Dengler the chief German Language Coach in London and a veteran of several Ring Cycles. The result has been lots of notes, many discovered nuances and a greater understanding of the narrative of the cycle.

I’ve also been paying close attention to the DVD recordings of the first production from 3 years ago. Every major opera house makes these kinds of recordings, usually from a single fixed-point camera located at the back of the auditorium, which are used to document the staging of each show. Although these recordings are quite good at giving a wide view of the whole stage, they are not high in definition and so when there are lots of people on stage it can sometimes be a case of following the ‘white blur’ as they move about the stage in amongst the other blurs. It’s also a really useful way to see which of the original staging ideas survived the transition from the rehearsal studio to the stage. Often assistant directors are run off their feet during the stage rehearsal process and so these recordings can help bridge the gap between what has been written down in the book and what ends up taking place in performance. 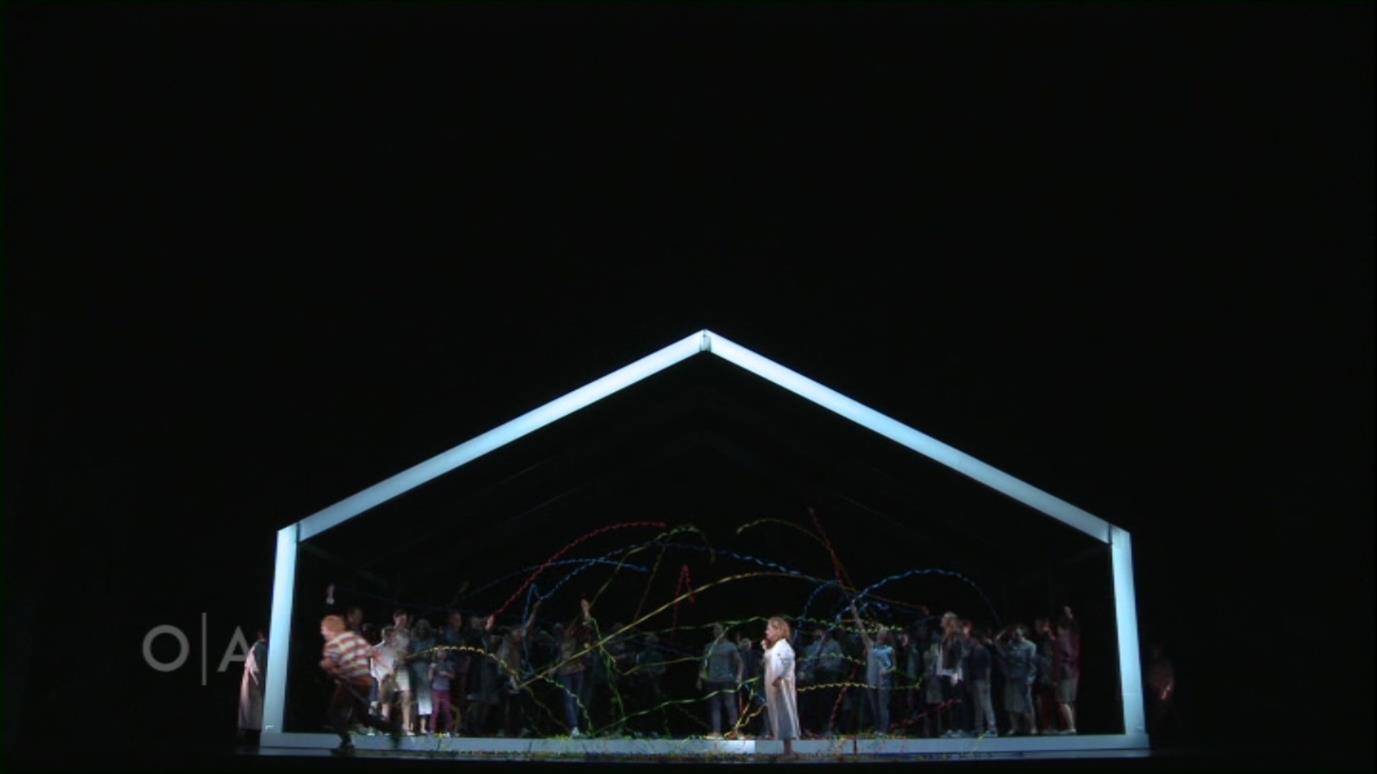 Never one to miss the chance to do a show, once I arrive in Melbourne, I’ll spend 2 weeks directing a new production of Trouble in Tahiti before heading to Sydney to go into lock-down ahead of the start of Ring rehearsals. The last 12 months have been a lot of time spent by myself with the technical diagrams, video recordings and hundreds and hundreds of pages of music. The next step will be to meet the team I’ll be spending the next three months with and to begin the process of actually getting the action from the page onto the floor.