An interview with Australian soprano, Fiona Jopson, following her role debut as Ariadne with OperaBox Perth.

An interview with Australian soprano, Fiona Jopson, following her role debut as Ariadne with OperaBox Perth.

You have just returned from Perth after making your role debut as Ariadne and Prima Donna in Richard Strauss’ Ariadne auf Naxos – can you tell me about the rehearsal process?

Before flying to Perth I had spoken with our director, Kathryn Osborne about her vision for the project. This allowed me to do some character work with my acting coach in Melbourne to find the physicality of each character to then be able to layer and dive in with whatever was asked of me in production calls.

I arrived in Perth on August 3 and went straight into music calls the next day for the first 2 weeks. The entire cast by this point has learnt and memorised their music. This was the first time I met the cast, our repetiteur Ryan Davies and our conductor Christopher Dragon. As this piece is ensemble driven this part of the process is essential for building rapport with your conductor for his musical vision and with your cast mates before heading into production calls on August 21.

Production calls were a lot of fun. Our director Katt allowed us to be playful to discover our characters and the interactions with each other on stage, which strengthened our ensemble. During this time I really got to know the Ariadne auf Naxos team. They are some of the most amazing people and artists I have met!

Once we made it to the theatre on September 4, was when things really amped up. This is the point where you have to be adaptable and take risks. Lots of changes occur during tech rehearsals – stage directions, change in characterization, adjusting so that you are able to see the conductor wherever you are on the stage, musical changes and balance in the theatre. Also during this time you receive notes/feedback from the director and the conductor to assist in correcting mistakes and to improve your overall performance before opening night.

Being in the moment was so important through this process. This production for me was the most gratifying experience – singing and acting. The OperaBox Ariadne auf Naxos team during this entire process, have been so passionate, supportive and have become like family.  I have been so lucky to make new friends!

This is only a small snap shot of the process up to opening night!

Having recently made the jump to working as a full time freelance opera singer, can you tell me about that decision, and what has changed for you since making it?

This was a decision I had been thinking about for a while. There was a lot of fear about all of the things that could possibly go wrong. A really dear friend of mine kept reminding me that it’s down to ”what do you want”. In that moment I made the decision to jump all in to being a full time freelancing opera singer. Two hours after resigning from my job I was booked for a gig – this reassured me that I had made the right choice.

Having won the prestigious Herald Sun Aria, among other awards, do you have some techniques that you rely on when going into a competition? How do you tackle your nerves?

Nerves have been and still are a constant battle. There was a point that stage fright was so bad I couldn’t perform. This was a turning point for me and I went back to basics – concentrating on my singing technique to improve and develop it so that it was even more reliable and gave no room for any doubt each time I stepped onto the stage. This is something I keep doing everyday. I’m still human and I get nervous before going onstage….It is a mental game against yourself.  Trust in yourself. Trust that you have done the work.

I really think it is an individual thing on how you deal with nerves as we all handle nerves differently. It’s part of everyday life making sure to look after your body and mind – massages, reading, meditation, walking, getting plenty of sleep and so on. In the weeks leading up to the Herald Sun Aria I also tried something new – hypnosis.

As a soprano working in both lead and chorus roles, you must have a lot of music to learn at any given time. What is your method to stay in control under the work load?

It’s always important to breakdown into pages of music needed to learn into the time (days, weeks, months, etc) you have before the engagement - Concentrating on what is happening first and then moving onto the next. Source the music you need, then move onto sourcing a translation that you relate to, write the translation into the score, speak through the language, coach that language – especially if you don’t speak it. Then sit at a piano and learn your notes & rhythm to work up to singing into the tempo that is written. It is then time to go and work with an accompanist/vocal coach to really settle it musically and to find your phrasing. Then memorise.  Once you get to your first rehearsal you are well prepared and are then able to do what is asked by the conductor. Even when rehearsals and performances are happening you are still constantly refining and discovering. This is only the music side. If you are in a fully staged opera you have character work and research to do as well before the first production call with your director.

You will be heading overseas towards the end of the year – do you think it is essential for young opera singers to get to Europe or the United States to further their career?

It’s important for singers to travel and experience opera outside of Australia to broaden your view, musical tastes and languages, which is essential for what we do.

It doesn’t matter if you choose to have a career here in Australia or overseas. Experiencing the language and culture of other countries is extremely beneficial in our artistic development and understanding the operas and the roles we sing, as we never stop learning.

What are your favourite role s to sing?

At the moment I love singing Ariadne but I also have a real connection with Versimo repertoire, Puccini and Verdi. I have been lucky enough to sing Mimi in La Boheme and I am currently preparing to sing my very first Verdi role in early 2017.

What advice would you love to have received when you were starting out as an opera singer?

I recently watched an interview on YouTube with Cheryl Barker and her advice, which came from her teacher Dame Joan Hammond is - “The slowest road is the best road” and I really believe this to be true, especially for a singer with a dramatic voice. These voices take time to mature and you have to be smart about the choice of repertoire you sing and what is it appropriate at the time.

I am also a big believer of a time, place and reason for things in life.

After Ariadne auf Naxos, what is keeping you busy in 2016?

I’m off to Scone, NSW for some rest and spend time with my family before heading off to Europe in late October. I will also be preparing my next role, which will be in early 2017. 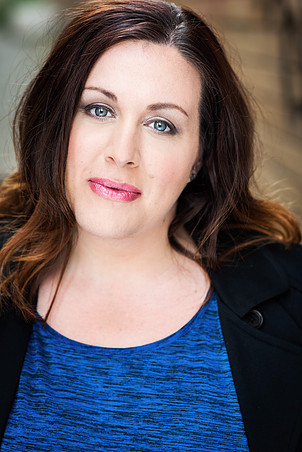