Allison Wright, on how pop and classical music can work together.

Allison Wright, on how pop and classical music can work together.

Ahead of her concert, kammervolk, we caught up with Melbourne-based composer and freelance musician Allison Wright to find out more about her process in setting up a program and organising a concert, and how she balances a passion for both classical and pop music. To buy tickets, click here.

Your upcoming concert, Kammervolk, features collaboration with poetry and artwork. What do you value about utilising several different modes of art in one performance?

Collaborative art is what excites me the most at the moment. At the core of it, it’s just this idea that every art form is a contribution to a greater whole or experience. As a performer, I’ve always preferred playing in large productions than in symphonies or recitals. I’ve been lucky enough to play in some spectacular productions for the ballet and the opera in Melbourne over the last few years, and that’s inspired me a lot!

There are several world and Australian premieres in Kammervolk - how have you gone about curating the selection of music in the program? What were you looking for in the compositions you have chosen?

The whole idea for this concert started when I was in peak binge-listening mode for yMusic’s 2011 album ‘Beautiful Mechanical’. yMusic are a New York based genre-bending chamber group who commission and record local composers’ works as well as touring with big contemporary acts such as Björk, Sufjan Stevens, the Dirty Projectors and Ben Folds. Each member of the group is a soloist in their own right, and I’ve always been a fan of their trumpet player C.J. Camierieri, having listened to him while growing up on Sufjan Steven’s earliest records. I was absolutely stoked when Judd Greenstein gave us permission to do the Australian premiere of his work ‘Clearing, Dawn, Dance’, because not only is it my favourite piece from the album, it represents a lot of what I’m interested in, in terms of genre-bending (also it has a really great trumpet part!). After getting the rights to perform Judd’s piece, the rest sort of fell into place. I am exceedingly lucky to have a hugely talented group of friends who are interested in this kind of music and leapt at the opportunity to be involved as soon as I mentioned it.

A little bit of both to be honest. There needs to be new music, and that new music needs to be played. I’m excited about forging real relationships with LIVING composers. 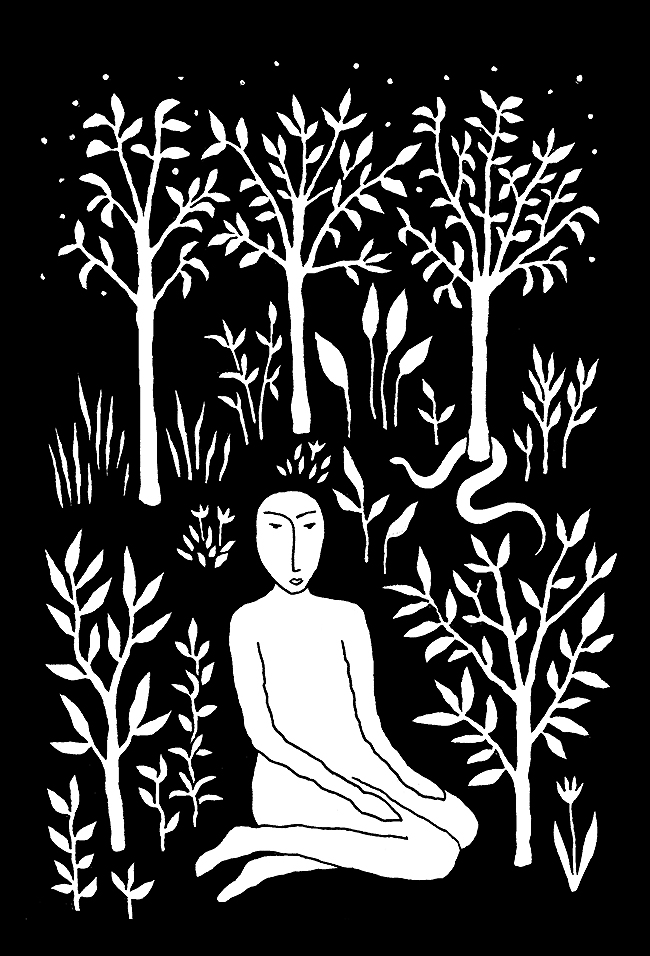 In your composition, ‘Two Chapters From The Same Story’, you bring together poet Jacob Sutherland and artist Minna Leunig. How did you find each artist, and what drew you to their art?

Jacob and I have been close since middle school, and we’ve been talking about collaborating since we became friends. His poetry comes very naturally to him and it’s so image-conjuring, which is perfect for collaborating with. There are some very beautiful nostalgia-producing lines in his part of Two Chapters, and I really tried to capture his sense of timing and space in the music to match. I’m also rather blessed to call Minna a close friend as well, and I’ve been in love with her art since we met a few years ago - actually through Jacob. There’s a real sense of innocence and positivity in her drawings, and I love that they feature a lot of the natural world.

The relationship between pop and classical music is a point of interest in this concert. Can you tell me about your relationship with each genre, and how they work together in this program?

My love for pop music comes from my passion for producing electronic music. Like a lot of other classically-trained musos out there, I used to believe that pop music was just a bunch of easily-generated computer nonsense with not much creative energy or skill. Then I tried making it myself. I was very wrong. Now I have an unbelievable level of respect for well-written and well-produced pop music. It’s a whole different art form. It takes a huge level of skill to create something simple that doesn’t sound naff. And mixing, don’t get me started on mixing. That’s a complex science. As a performer though, my interest in genre-bending repertoire comes from wanting to dissolve the high and low art divide, and wanting to play music where I didn’t have to count 200 bars’ rest. Judd’s piece - and most music written in a similar vein - is incredibly energetic and has very little rest time for all musos. It requires a huge amount of stamina, but it’s incredibly fun. I’m really excited (and very humbled) that I’ll have another opportunity to play music like Judd’s just in a few weeks at the prestigious Bang on a Can Summer Festival in Massachusetts, USA.

This project is in collaboration with The Boite, an association known for bringing to life a diverse selection of folk and world music. How does Kammervolk fit in to this selection?

I have been going to Boite concerts since I was very little. They host everything from Klezmer music to Flamenco with live dancers, all-male comedy choirs (anyone heard of the Spooky Men?), Celtic spoken-word nights, and people who can shred on a Bouzouki a la Van Halen. Recently they’ve been talking more and more about youth programs, so when I pitched the idea of a collaborative art chamber music concert to the Boite’s director Therese Virtue, she jumped right on board.

Tell me a little bit about the process of organising this concert: what challenges have you faced in putting together a program of this magnitude?

I started planning the logistics of this concert in January mostly with mind-maps and half sentences written on the back of napkins. Over time that progressed to diary entries and roughly 150 note entries on my Macbook about everything from potential musician lists, composers I might ask to be involved, types of cake to serve at interval, lighting rigs, stage presentation and what length of HDMI cables I’d have to buy. I think I initially underestimated just how much planning and preparation needs to go in to mounting a project like this, but I’ve been incredibly lucky with the level of support and advice I’ve been getting from my friends who work in the industry. Actually, I’d like to take this opportunity to thank the incredible team at the Boite, the guys at Rubiks Collective for their support (particularly Jacob Abela, who’s had to hear about all my dilemmas at all hours because we live together), Sascha Kelly at 3MBS for agreeing to plan promotion with me on her birthday, and Bayden Hine & Tilman Robinson for their industry advice and comedic relief from their absurd voicemails. See you on Saturday!