Part one in our spotlight on the four young composers commissioned by Macedon Music to write a trio, performed by Syzygy Ensemble.

Part one in our spotlight on the four young composers commissioned by Macedon Music to write a trio, performed by Syzygy Ensemble.

The title of my work, Gossamer, has multiple applications. It can refer both to spider silk, but also to the delicate quality of certain fabrics and materials. It refers also to 'gossamer wings', which are insects with shiny, translucent wings, not unlike dragonflies. I was attracted to the word for its multiple associations, and heard in it a variety of musical analogues: shimmering timbres, fragile ensemble textures, and erratic, fluttering melody. I thought that the combination of cello, alto flute and piano would be a perfect ensemble to capture these poetic and visual qualities.

I began composing from around the age of 11 or so, by experimenting with piano pieces I was learning – changing the key, altering melodies, etc. Eventually I started putting together my own little pieces. I’d been learning the violin since age 5, but from around the time I started piano lessons in 4th grade, I became more fascinated by how music worked. My compositional influences while I was at school were always the great classical composers, and so before I got to Uni, I made a concerted effort to sound like ‘them’. Of course, my tastes, knowledge and influences have broadened considerably since then, but it’s always fun to revisit some of those early works – I still have some of the Sibelius files!

The general assumption about improvisation is that it involves inventing music on the spot, as if from a vacuum. It isn’t. Improvisation requires a heavy amount of practice and re-iteration, and also craft. Some artists don't even see a distinction between the two, and like to call improvisation “composing in real-time”. I’m not an improviser, in that I don’t perform. But I do engage with the spontaneity and freedom we often associate with improvisation – I just see this as part of my notated compositional process. Successful improv requires tapping into the right flow-state, and the same can be said for composing notated music. This is how we discover new paths and possibilities.

I’ve thought a lot about this, and I actually don’t think it’s a question of style or genre. Those things are categories, into which one’s music either fits, or it doesn’t, usually based on someone else’s opinion. Compositional identity shouldn’t be defined by which shelf in the CD shop your music will be found on, or which playlist on iTunes. We can, and perhaps should, be aware of others when we compose – our audience, the performers, etc. – but the nature of the artistic self is really a question for the self, alone. I’m aware that I build numerous walls myself, consciously and unconsciously, when I compose. In every work, I’m negotiating what the piece I’m writing is, and what it isn’t. And by extension, I suppose I’m doing the same with my compositional identity, or artistic self. It comes back to Michelangelo’s idea of carving away from a block of marble every part that ‘isn’t’ the statue of David. And as I’ve learnt recently, this can be very flexible, and can change numerous times over the course of one’s career. As long as it’s you who’s making those decisions, not someone else.

Technology is everywhere, and it scares me a little. I think I would have operated really well in a time when there wasn’t an expectation to reply to text messages straight away. In terms of music though, technology has made it instantly available, and I love this. It is such a privilege, and I’m so grateful I can listen to basically whatever I want, all the time. But there are consequences, and I think we need to remember the importance of silence and space in our listening lives. I’m very conscious of composing this space into my own music. I also love the directions that contemporary composition is taking with regards to technology, and I’ve made some efforts to get to know how it all works, and compose my own pieces with the aid of electronics. I have a long way to go, though.

I’m a very eclectic listener, and usually it depends on what I’m doing. If I’m composing, usually I’m not consciously listening to anything. When I’m between pieces, I usually get hungry for all kinds of new and old music. Right now, thanks to an arranging project, and the fact I present a weekly Romantics-themed program on my local classical radio station, I’m listening to a combination of 19th Century French repertoire and James Bond songs. 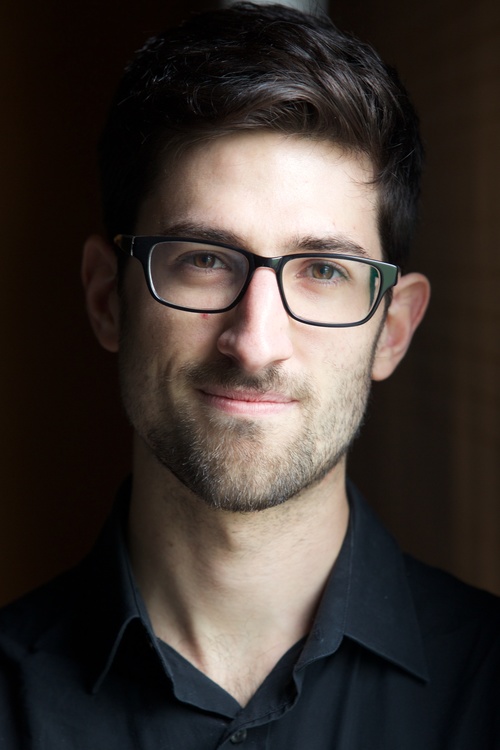 Andrew Aronowicz is a passionate writer of music and words, and a promising young mind in Australian classical music. He holds a Master of Music from the University of Melbourne, and was an Australian Postgraduate Award recipient during his post-graduate candidature. He is also the recipient of an Australia Council ArtStart grant.