Part four in our spotlight on the four young composers commissioned by Macedon Music to write a trio, performed by Syzygy Ensemble.

Part four in our spotlight on the four young composers commissioned by Macedon Music to write a trio, performed by Syzygy Ensemble.

Neheh explores five deities in the ancient Egyptian mythology, attempting to express their associated celestial bodies, elements, and/or roles in Egyptian cosmogony. Amun-Ra: Sun – The Creator; Khonsu: Moon – The Marker of Time; Sekhmet: Goddess of War – Desert Fire / The Lioness; Shu: God of Air; and Osiris: God of the Underworld – Death, Immortality & Resurrection. Although there is no exact translation, “neheh” loosely represents Amun-Ra’s continuous travel through the sky and the underworld.

I didn’t start formal composition until I was 29 while in my second year at The University of Melbourne. However, when I was in school I wrote a few small arrangements and short choral and piano pieces, just for fun. I can distinctly remember that my favourite music while I was in the Australian Children’s Choir was Britten and Kodaly, but least of all was Rutter! As I got older I started listening to alternative pop music that was influenced by the minimalist composers, as well as bands that utilized rhythmic complexity, such as Tool. Outside of music I have always been fascinated with mathematics, patterns, and the natural world.

For the first part of this answer I will have to quote Dr Elliott Gyger, who recently described the relationship as “dancing within constraints”. I have not come across a more apt and succinct description and I certainly couldn’t put it better. For me, composition is about creating constraints, such as a pitch set or rhythmic pattern, and then elaborating and developing within that. I will occasionally start with short gestures that I have improvised at the piano, but I will restrict them in some way so as not to have too much material. The only area where I will improvise in the more ‘traditional’ sense is solo vocal work.

I try to compose music that challenges me and that I enjoy. In the end, that usually creates a Lyon ‘style’, although at times it is an eclectic one. I think a compositional identity can be as hard to pin down and as fluid over a lifetime as personal identity, so I would be hesitant to say what mine is at this early stage. I can only try to speak for where I am at the time of composition.

Technology can be a blessing and a curse. Being able to email a PDF draft or finished score is an amazing advantage, especially when dealing with overseas performers or working to a tight deadline. However, the down side is its intrusion into everyday life. I definitely have to turn off my phone and email when working, as creativity and being ‘on call’ do not work well together. I take a lot of pleasure in composing and editing with pencil and paper, and thankfully no one has invented paper that has pop-up notifications, yet.

As I’m currently writing my first concerto I’m listening to a lot of (mainly) string concertos. Not surprisingly Britten’s Violin Concerto is a favourite. I also listen to new music podcasts, ABC Classic, plus I radio hop in the car. For grounding there is always some Bach, Joni Mitchell, and Ben Folds close at hand. 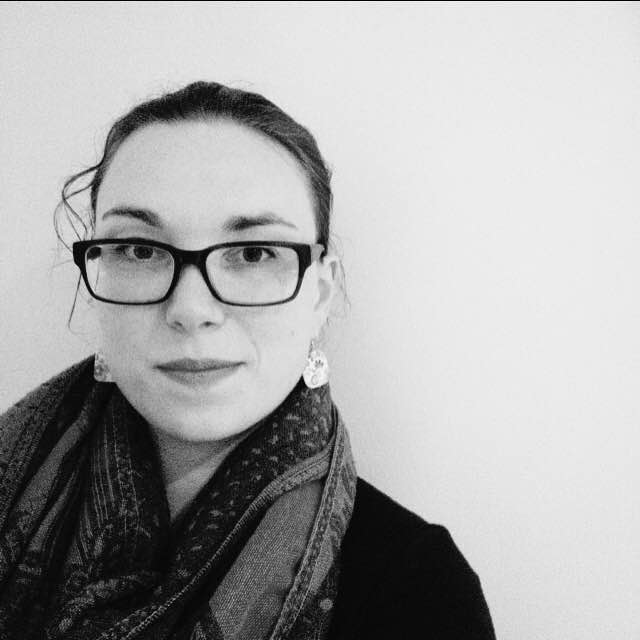 May is a composer, arranger, music educator and mezzo-soprano based in Melbourne.  Her music explores a range of themes, from deep human emotions to mathematical concepts, as well as the lighter side of life. Stylistically eclectic, May's compositions move from dramatic and intense, to quirky. Emotion, precision, duality and rhythm are all strong recurring elements.